There has been a lot of talk about the return of business travel, which to many airlines is the cornerstone of their operation and a necessity for their survival. What's been particular interesting to follow is the talk about net zero in that context. Companies are now seemingly interested in keeping their carbon footprints lower, while still being able to fly.

An airport like London City sits right at that junction. At the very core of its operation is business travel. It has broadened it scope over the last couple of years to include more leisure travel, but it has really been built to cater to the fast-moving, on the go business person and its location is ideal, right at the centre of the city. This location is however also problematic for a number of reasons: noise and pollution.

London City airport is currently in the middle of an expansion programme and CCO Richard Hill said the airport was “assessing what that means” in response to demand changes due to the covid pandemic and the push for net zero. (Source).

Those businesses paying for travellers are rightly now looking at their carbon footprint and what they can do to bring it down.

When electric aircraft comes into operation, London City will be the ideal testbed for such an operation, as it has to conform to stringent noise regulations. However, as we have covered before, we are some way off from seeing battery powered aircraft in the air. In the meantime your choice of departure even on a short flight such as London City to Zurich can make a difference, but sometimes connecting via another airport may provide you with a more efficient aircraft option. Some flexibility is key.

That might add a bit of extra time to the journey but if it helps the bottom line then surely it's a small sacrifice to make.

At the moment if you have to fly out of London City, you have little choice about who you want to fly with. This will surely change as frequencies increase and airlines return. 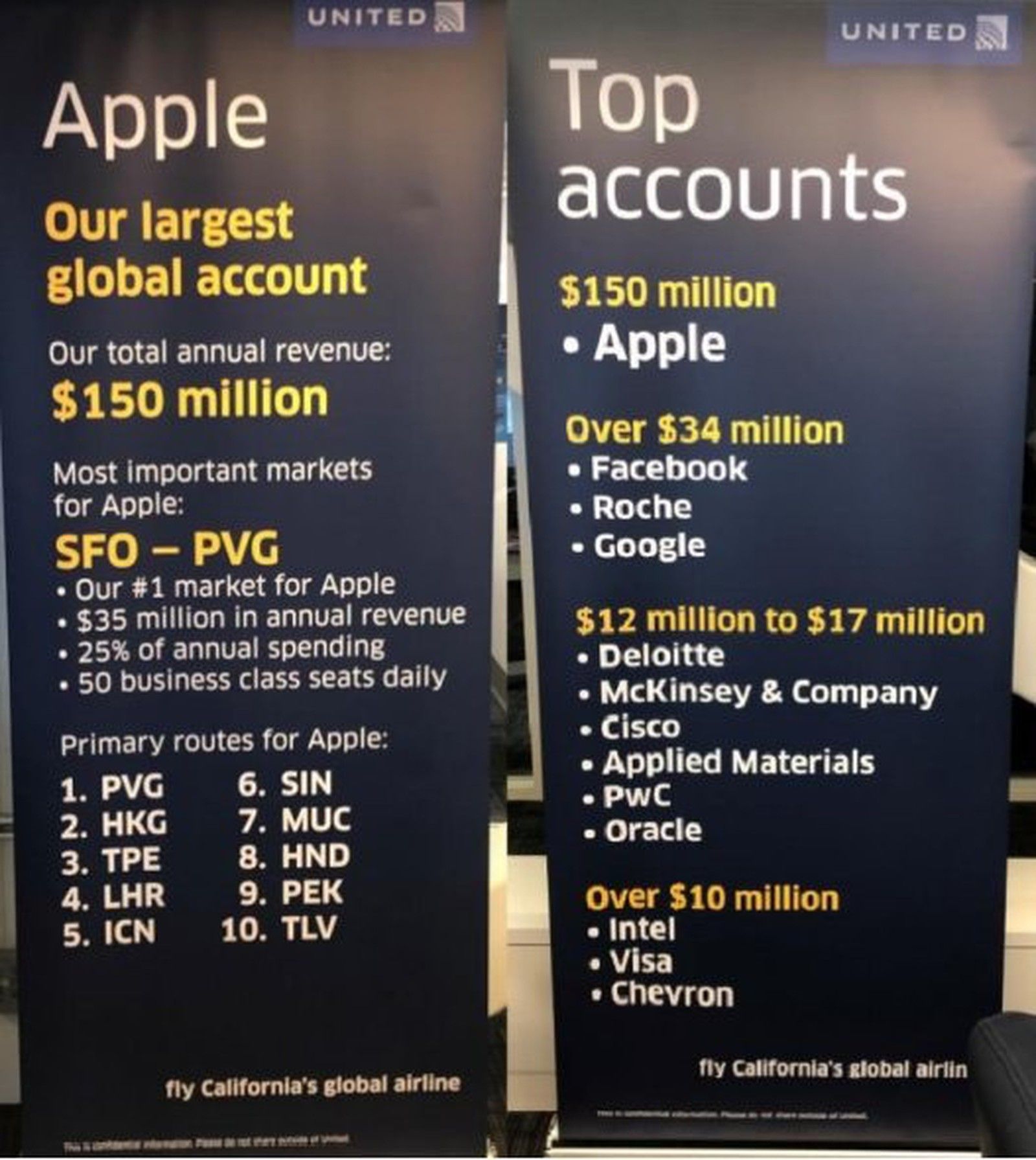 This puts it into perspective.

The above image was accidentally leaked by United Airlines a few years ago and originally published by MacRumours.

Moving on to the bigger picture, business travel will inevitable return, we hope it will, but we also hope that the corporate players do so not just with an eye on their frequent flyer status or extracting the most from their corporate accounts, but with a renewed focus on keeping the climate impact of their flights as low as possible.

Apple, for instance, makes a big deal about their work on lowering their environmental impact. If Apple is such a big player in the corporate travel market, imagine the positive impact they could have in persuading an airline like United to operate say only the 787 to Shanghai. They could almost single handedly do that.